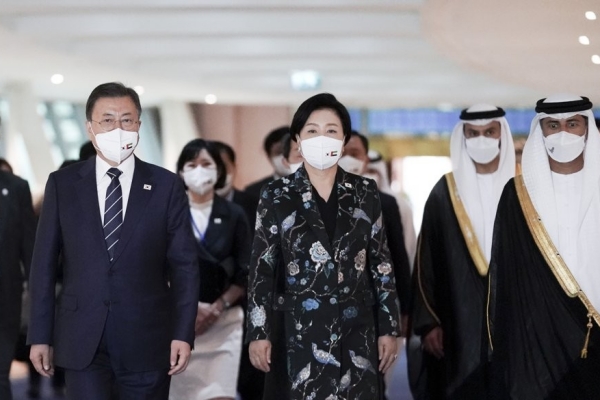 South Korea has signed a four-trillion-won deal with the United Arab Emirates(UAE) on the export of its mid-range surface-to-air missiles.

The Defense Acquisition Program Administration(DAPA) said the relevant parties of the two nations signed the deal on Sunday as the UAE defense ministry decided to acquire the missiles known as M-SAM or Cheongung II.

In November last year, the UAE's defense ministry announced its plan to acquire the missiles, adding the deal is worth about three-point-five billion dollars or four-point-one trillion won.

The presidential office said Moon extended his gratitude to the UAE's prime minister for the purchase and noted a rapid progress in defense cooperation between the two nations.

The two nations also signed a memorandum of understanding on defense cooperation in the presence of Moon and the UAE prime minister.
Share
Print
List