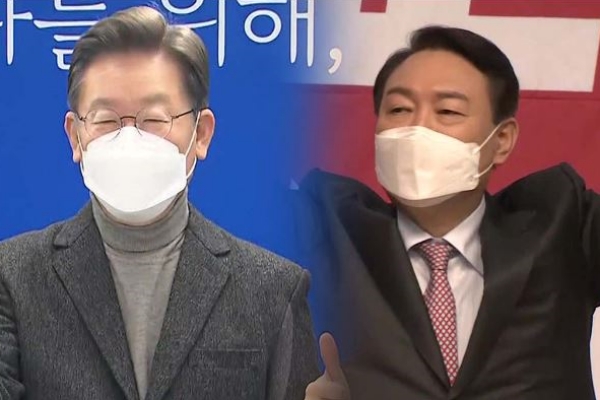 Presidential candidates of the ruling and opposition parties unveiled new elections pledges over the weekend to woo voters ahead of the March 9 presidential election.

Lee said he will allocate 30 percent of the homes to young people and supply 480-thousand homes in Seoul alone, using the public land around Gimpo Airport and some of the land of a park in Yongsan.

The four pledges include guaranteeing telecommuting for workers for child rearing, enhancing traffic safety for motorcycle riders and preventing the theft of information of health insurance subscribers.

Minor opposition People's Party presidential candidate Ahn Cheol-soo canvassed in the southern regions of Busan and Ulsan over the weekend.