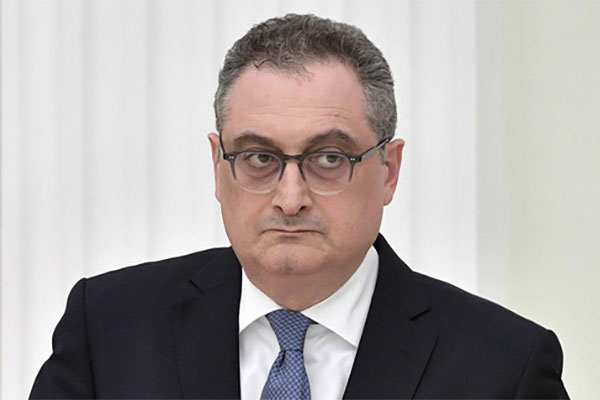 Russia has called for resuming diplomatic negotiations to ease tensions on the Korean Peninsula in the wake of North Korea's barrage of missile launches.

In an interview with TASS news agency on Friday, the country's Deputy Foreign Minister Igor Morgulov said the six-way dialogue is the best format to comprehensively resolve peninsula issues. But he stressed that an understanding of pending concerns and of the ultimate goal is key to achieving progress in the stalled diplomatic process.

Morgulov, who is Moscow's chief delegate to the six-way talks, said that if the U.S. and its allies want negotiations on an unconditional and unilateral disarmament by North Korea with the aim of a regime change, dialogue cannot take place.

But he said if the U.S. administration is sincerely ready to discuss Pyongyang's justified security concerns, the resumption of six-party talks remains a possibility.

But he went on to criticize the U.S. for failing to confirm its expressed readiness for dialogue with practical measures.

The official, meanwhile, advocated a road map proposed by Russia and China saying it will ease tensions on the Korean Peninsula and guarantee military and political stability. He added that Russia was in talks with the North to resume dialogue and was also holding contacts with the U.S. to urge ways such as sanctions relief to bring Pyongyang back to the dialogue table.
Share
Print
List