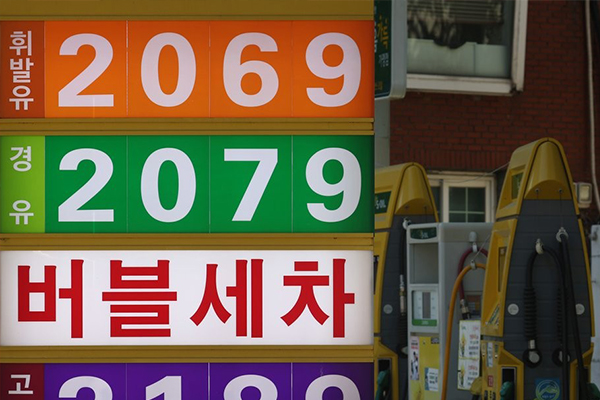 Local gasoline prices rose for a second week despite the expanded fuel tax cuts implemented at the beginning of May.

According to oil price portal Opinet run by the Korea National Oil Corporation, the average price of gasoline sold at pumps nationwide rose 21 won to one-thousand-963-point-six won per liter in the third week of May.

The government expanded fuel tax cuts from 20 percent to 30 percent in order to stabilize local prices on May 1, but it only proved beneficial for a week.

The price of diesel also edged up 36-point-seven won to one-thousand-976-point-four won per liter.

International oil prices are also on the rise due to factors such as the continued conflict between Russia and Ukraine and the expected ease of the Shanghai lockdown.