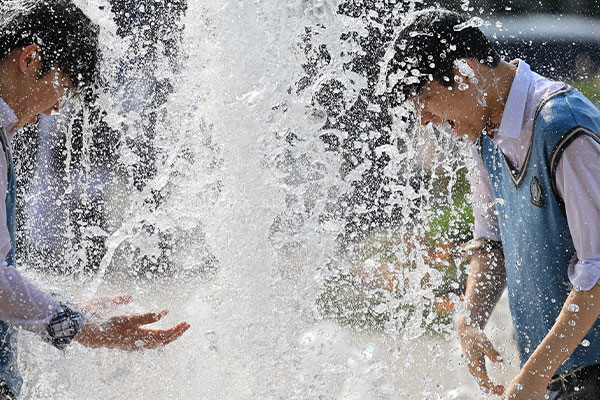 South Korea could see a hotter summer season this year.

According to a three-month forecast released by the Korea Meteorological Administration(KMA) on Monday, there was a 40 percent chance that temperatures in June will exceed the past average of 21-point-four degrees Celsius for the month. The likelihood the mercury readings will tie the average also came to 40 percent, while the chance of temperatures falling below it came to 20 percent.

There was a 50 percent chance that temperatures in July and August will be higher than the past averages of 24-point-six and 25-point-one degrees Celsius, respectively.

Most of the 13 climate forecast models operated by weather agencies in countries including the U.S. and Britain have predicted that mercury levels from June to August of this year will surpass past averages. None have forecast levels to be lower.

The KMA cited anticyclonic circulation in the upper layers of the nation's atmosphere and global warming as factors that will contribute to the temperature increase.