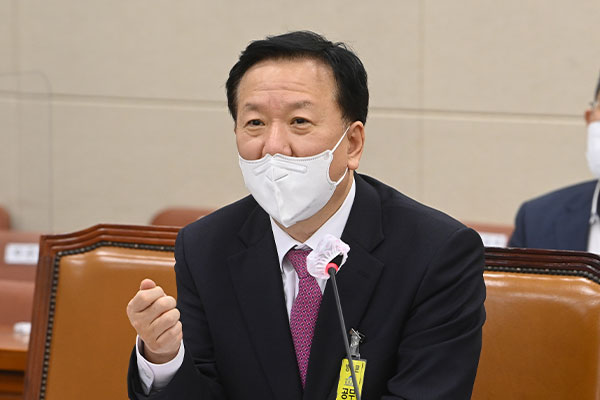 Health minister nominee Chung Ho-young withdrew from consideration on Monday as controversy surrounding him and his family failed to abate.

The nominee announced his withdrawal at around 9:30 p.m. with a statement saying that he would serve as a small foundation for the success of the Yoon Suk Yeol administration and the cooperation between the ruling and opposition parties.

Chung, who is known to be close to Yoon, said that although he disproved many allegations, he failed to meet the public's expectations.

The former chief of Kyungpook National University Hospital said he would now return to the local community as a medical expert to support the success of the Yoon administration.

The withdrawal comes 43 days after President Yoon tapped him to lead the health ministry.

Chung has been under pressure to step down over allegations that he used his position to help his children enter medical school and avoid military service.
Share
Print
List