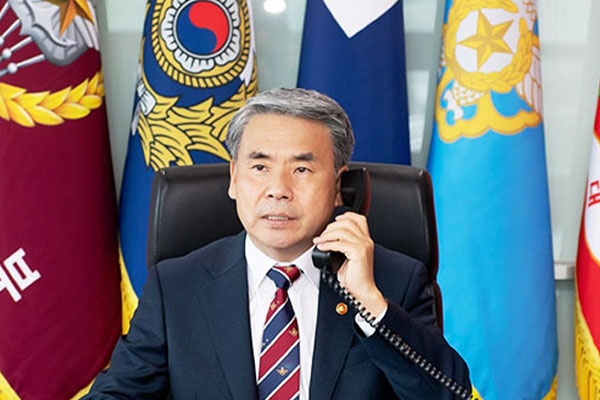 Minister Lee also emphasized the need for the deployment of U.S. strategic military assets and the early resumption of the Extended Deterrence Strategy and Consultation Group to prepare for additional North Korean provocations.

The ministry said the defense chiefs strongly condemned the North's ballistic missile launches as a clear violation of the UN Security Council resolutions and an act of grave provocation that threatens peace on the Korean Peninsula and in the international community.

The U.S. Department of Defense also issued a press release that Secretary Austin reaffirmed the ironclad U.S. commitment to the defense of South Korea and the capability of the U.S.-South Korea alliance to respond to any North Korean aggression.
Share
Print
List