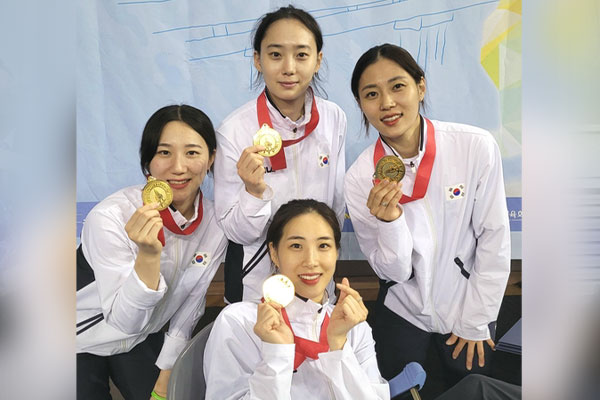 South Korea added another gold and silver medal on the last day of the Asian Fencing Championships held in Seoul on Wednesday.

The latest feat is a return to the top for South Korea since it last won the same event at the 2015 Asian Fencing Championships held in Singapore.

Choi Soo-yeon, who had previously grabbed a gold medal in an individual event last Sunday, came to secure two gold medals in the championships.

Also on Wednesday, South Korea added a silver medal in the men’s foil team event after losing to Japan 45-33.

Team Korea will now gear up to compete in the Fencing World Championships set to kick off in Cairo on July 15.
Share
Print
List