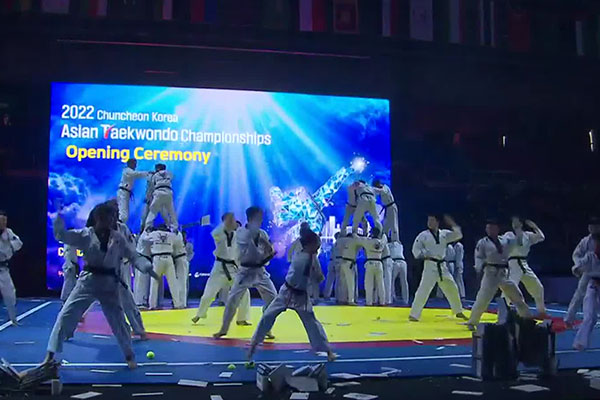 The 2022 Asian Taekwondo Championships have kicked off in Chuncheon, South Korea.

The opening ceremony was held at Hoban Gymnasium on Wednesday afternoon with welcoming remarks from the Asian Taekwondo Union President Lee Kyu-seok followed by oaths from athletes, coaches and referees and celebratory performances.

The competition is slated to take place for six days until June 27, with 750 athletes participating from 35 countries across Asia.

This is the third time the championships have been held in South Korea, coming 18 years after the country’s last stint as host, when the event was held in city of Seongnam.
Share
Print
List