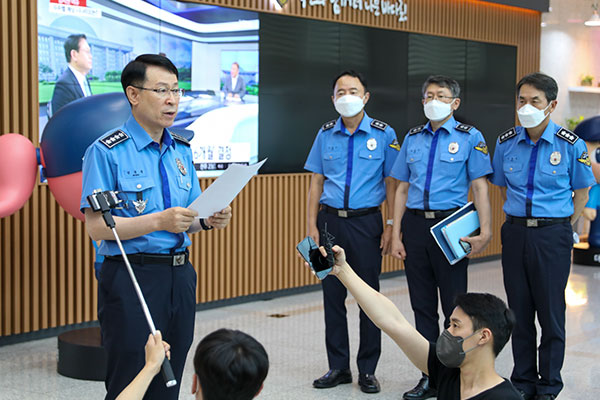 The chief of the Coast Guard and eight other senior officials resigned on Friday after the agency retracted an earlier assertion that a fisheries ministry official killed by the North Korean military near the western sea border in 2020 had attempted to defect to the North.

At a meeting with officials, Coast Guard Commissioner General Jeong Bong-hun said that following lengthy consideration, he concluded that forming a new leadership would be the only way for the agency to overcome its crises and undertake reforms.

Last week, the Coast Guard and the defense ministry under the Yoon Suk Yeol administration apologized for publicly asserting shortly after his death in September 2020 that the official, named Lee Dae-jun, sought to defect after incurring gambling debt.

The Coast Guard reversed its previous conclusion, stating that it had not found any evidence suggesting that Lee had tried to defect. Jeong, who took office  as chief of the nation's Coast Guard in December last year, was serving as director general for maritime security at the time of the tragedy.

The defense ministry also revealed that it had, at the time, received guidance on handling the case from the National Security Office under the former Moon Jae-in administration.
Share
Print
List