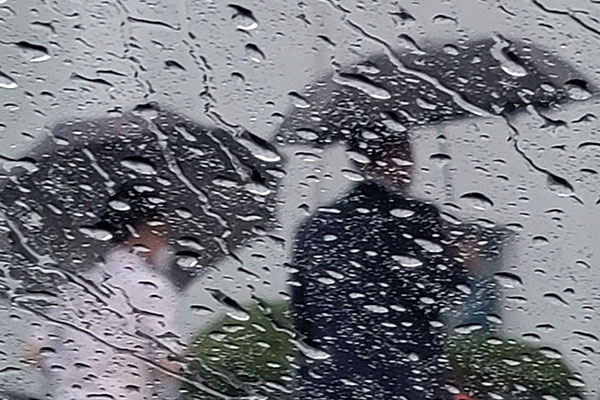 The seasonal front that brought the year's first monsoon rains to inland regions nationwide on Thursday has traveled south towards Jeju Island.

According to the Korea Meteorological Administration(KMA) on Friday, a heavy rainfall advisory was issued for the southernmost island, which is pelted with torrential downpours at a rate of around 30 millimeters per hour.

The monsoon rains are forecast to concentrate over the island throughout the weekend. Up to 120 millimeters of precipitation is forecast for Jeju until Sunday.

Temperatures in most of the inland areas will likely surpass 30 degrees Celsius over the weekend.

The weather agency issued a heat wave advisory for the southeastern city of Daegu, the surrounding North Gyeongsang Province and areas along the east coast as mercury levels are expected to hit 33 degrees Celsius.

The monsoonal front is forecast to return north early next week. Heavy rains are expected to hit the capital region and other central areas from Monday through Thursday.
Share
Print
List