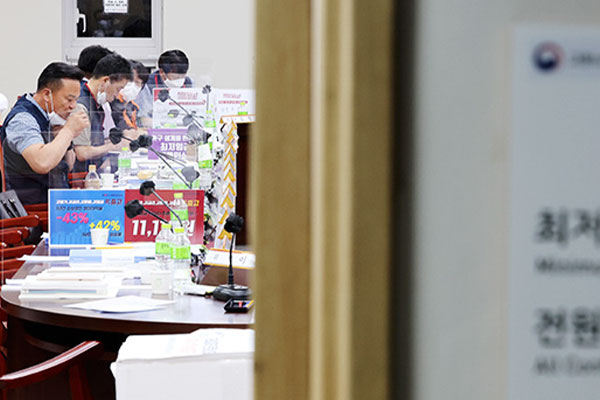 Next year's minimum wage has been set at nine-thousand-620 won per hour, up five percent from this year.

The Minimum Wage Commission, the rate-setting body of nine representatives each from labor, business and the general public, made the decision on Wednesday.

After labor and management failed to come up with workable proposals during the Wednesday session that started at 3 p.m., representatives from the general public proposed the five-percent increase at around 10 p.m.

The proposal was passed by a vote of 12 to one with ten abstentions.

All nine representatives from business left in protest right after the results of the vote were announced, but they were included in abstentions.

With the raise of 460 won from this year's minimum wage, a full-time minimum wage worker will earn a little more than two million won per month next year.

The commission is supposed to submit the newly set minimum wage to the labor ministry, which is required to announce it by August 5.
Share
Print
List