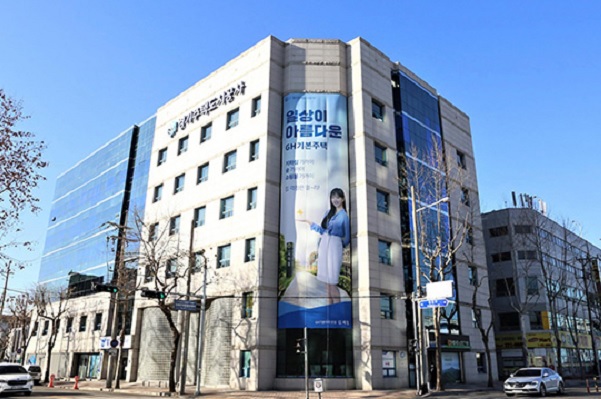 The police raided the headquarters of the Gyeonggi Housing and Urban Development Corporation(GH) in their probe into allegations that main opposition Democratic Party Rep. Lee Jae-myung illegally used the company’s resources for his presidential campaign.

The Gyeonggi Nambu Provincial Police Agency searched the public company's Suwon headquarters for about three hours from 9:30 a.m. on Thursday.

The raid comes after the now-ruling People Power Party(PPP) filed a complaint with the prosecution against former GH President Lee Heon-wook regarding the allegations in February.

GH rented an apartment unit in 2020 right next to the Bundang home of Lee Jae-myung, who was the governor of Gyeonggi Province at the time. The PPP suspects that the unit was illegally used as a campaign office for the March 9 presidential race.

The former GH chief denies the allegations, claiming the company rented the unit to provide temporary housing for its workers.

The prosecution transferred the case to the police, who are also probing allegations that the then-governor’s wife, Kim Hye-kyung, unlawfully used a corporate card to pay for personal expenses during his term.
Share
Print
List