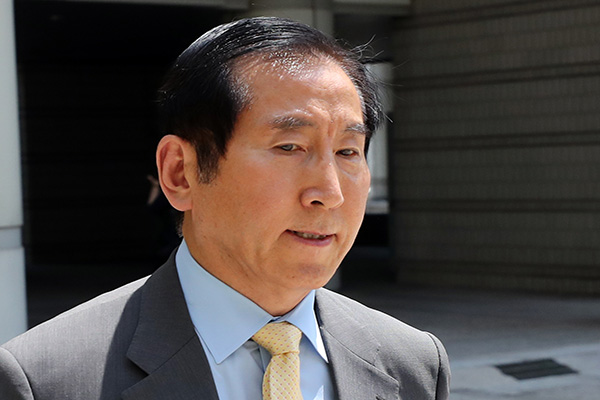 The Supreme Court has handed down an 18-month sentence for former police chief Cho Hyun-oh for using the police force to manipulate  public opinion online during the Lee Myung-bak administration.

The top court on Thursday upheld an appellate court's verdict and finalized the prison term for the former National Police Agency commissioner general who stood trial on charges of power abuse and the obstruction of official duties.

Cho was accused of mobilizing police personnel to post around 33-thousand online comments in favor of the government between 2010 and 2012.

Under the order, officers went on to write online posts regarding various issues in support of the Lee administration.

A district court initially handed down a two-year sentence but an appellate court reduced it to one and a half years, finding no fault with online comments that were not pro-government nor those that were written by police officers who disclosed their identity.