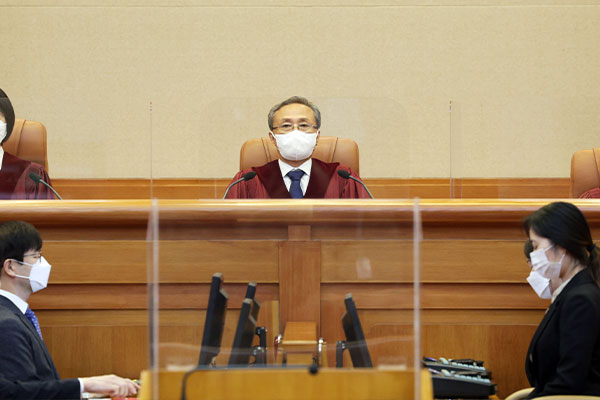 The justice ministry has submitted an opinion to the Constitutional Court in support of keeping capital punishment ahead of a related court hearing scheduled for next month.

According to legal circles on Wednesday, the ministry delivered the opinion on June 16 arguing that there is no reason to make changes to the existing constitutional interpretation permitting the death penalty.

Noting that the system also exists in other advanced nations such as the U.S. and Japan, the ministry said retaining capital punishment does not mean the country is less developed or uncivilized.

It also said the Korean people's sentiment cannot be ignored, citing a 2021 survey in which over 77 percent of respondents supported maintaining the death penalty.

The ministry also expressed opposition to life imprisonment without the possibility of parole, which is often considered an alternative to the death sentence.

The Constitutional Court is slated to hear a case next month in what would be its third review of capital punishment. In two previous cases in 1996 and 2010, the court acknowledged it as constitutional.
Share
Print
List