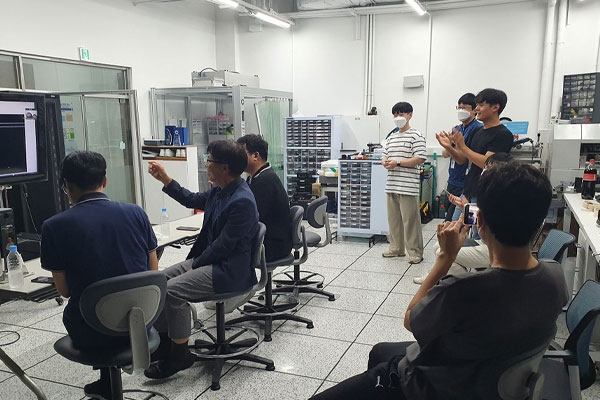 A second mini satellite released from a performance verification orbiter mounted on the recently launched homegrown space rocket Nuri has transmitted a signal to a ground station in Daejeon.

According to the science ministry and the Korea Advanced Institute of Science and Technology (KAIST), KAIST's ground station in Daejeon received the first beacon signal from the cube-shaped satellite, or CubeSat, named "Randev" at 3:42 a.m. Saturday.

The satellite, developed by a KAIST team, successfully separated from the performance verification orbiter at 4:38 p.m. Friday.

The team has since received a dozen beacon signals through the ground station and the signals confirm the satellite’s voltage and temperature are all normal.

KAIST also developed South Korea's very first satellite, nicknamed "Our Star," and, with the latest achievement, it vows to continue to be a leader in the field of space research.

Randev is one of four mini CubeSats developed by local universities that were carried by the Nuri rocket.
Share
Print
List