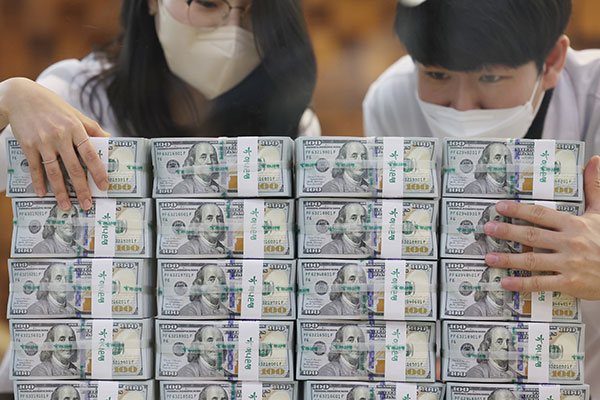 South Korea's foreign reserves declined by nine-point-four billion dollars in June, the largest drop since the global financial crisis in 2008.

According to the Bank of Korea(BOK) on Tuesday, the nation's foreign currency reserves stood at 438-point-two billion U.S. dollars as of the end of last month, down by nine-point-43 billion dollars from a month earlier.

The drop marks the largest in 13 years and seven months since November 2008 during the global financial crisis. Foreign reserves have declined for four straight months since March.

The central bank said that the value of non-dollar assets decreased with the appreciation of the U.S. dollar, and the overall reserves also declined due to market stabilization measures.

As of the end of May, South Korea was the world's ninth-largest holder of foreign exchange reserves, unchanged from the previous month. China topped the list at three-point-12 trillion dollars, followed by Japan and Switzerland.
Share
Print
List