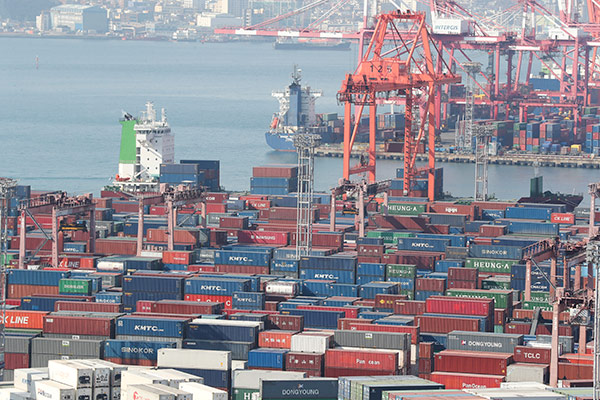 South Korea posted a current account surplus in May, turning around a deficit from the previous month, but the surplus sharply declined from a year ago.

According to tentative data from the Bank of Korea on Thursday, the country's current account posted a surplus of three-point-86 billion U.S. dollars in May.

The current account reversed to record a surplus in a month, but the net value decreased by six-point-55 billion dollars from a year earlier due to spikes in import costs.

Exports rose by 20-point-five percent on-year to 61-point-seven billion dollars in May, while imports jumped 32-point-four percent to over 58-point-nine billion dollars amid the rising costs of crude oil and raw materials.

The service sector logged a deficit of 20 million dollars in May, the first in four months. However, the shortfall declined from the previous year's deficit by 730 million dollars.
Share
Print
List