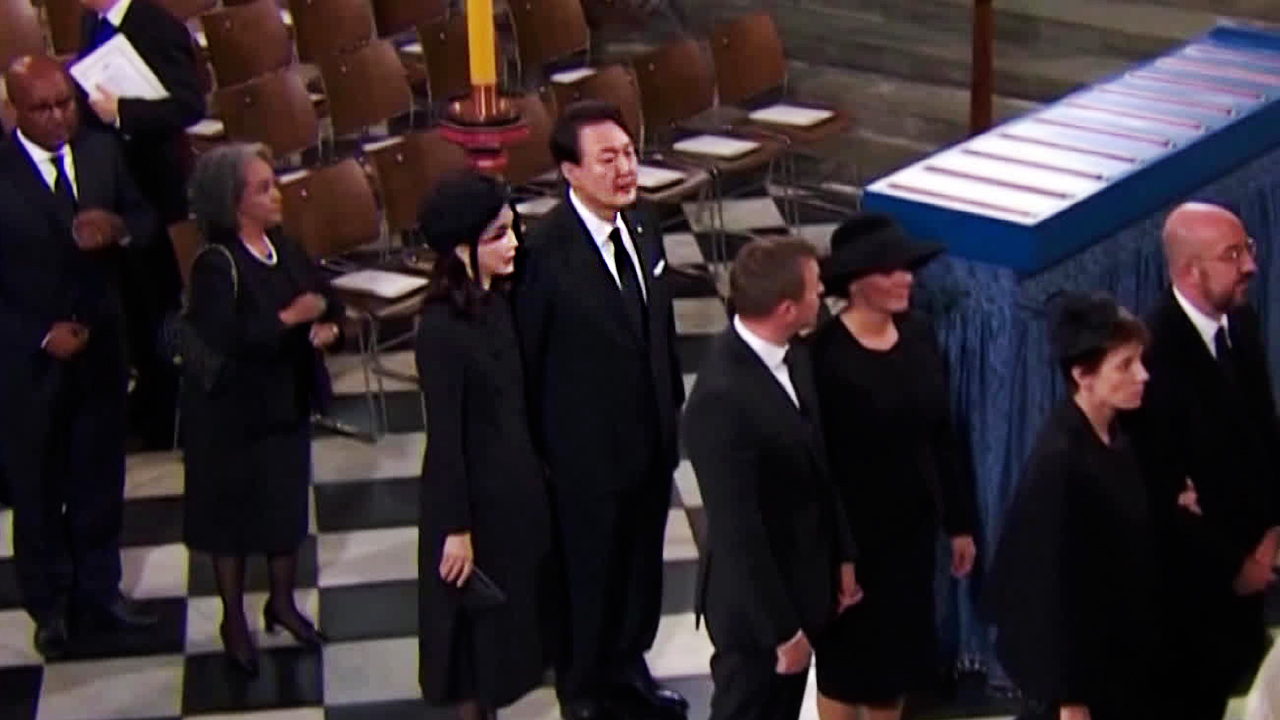 The state funeral of Britain's late Queen Elizabeth II was held in London on Monday, with President Yoon Suk Yeol in attendance.

According to the presidential office, Yoon and First Lady Kim Keon-hee attended the funeral at 11 a.m. at Westminster Abbey and mourned the death of the queen, along with some 500 state heads and royals.

The presidential couple were seated in the 14th row of the abbey's south transept reserved for global leaders and royals, behind French President Emmanuel Macron and his wife, and directly across the aisle from U.S. President Joe Biden and his wife.

After the funeral, President Yoon signed a book of condolences at Church House, writing that he prays for the soul of the late queen and expresses his deepest condolences to the British royal family and people, adding that it was an honor to share time in the same era as the queen.

Later on Monday, the president conferred a medal on a British veteran of the Korean War in a ceremony.

Wrapping up the trip to Britain, President Yoon will depart for the United States to attend the UN General Assembly in New York and hold summit talks on the sidelines.
Share
Print
List