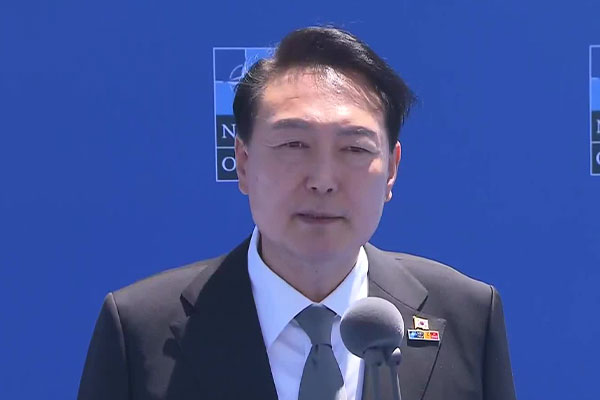 President Yoon Suk Yeol's first address to the United Nations is expected to place its focus on fortifying solidarity among nations that cherish freedom and share similar values.

During a Monday briefing in New York, National Security Advisor Kim Sung-han said the president’s speech at the General Assembly will call for like-minded countries to unite in solidarity around the UN.

He said President Yoon will also urge countries with economic and technological strength to help other nations in a win-win strategy, a notion inspired by South Korea’s own historic evolution from a nation with a per capita income of less than one hundred dollars to becoming among the top ten economic powers thanks to assistance from countries like the U.S.

Yoon's speech will seemingly correlate to the Assembly's theme of finding solutions to a complex crisis influenced simultaneously by the pandemic, climate change, food security, energy concerns and a war.