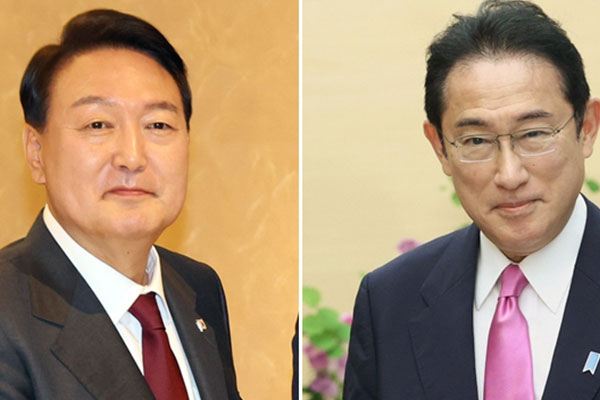 A leading Japanese daily says Japanese Prime Minister Fumio Kishida expressed strong displeasure after South Korea announced that he and President Yoon Suk Yeol would hold a summit on the sidelines of the UN General Assembly.

The Asahi Shimbun quoted a government official as saying on Wednesday that Kishida said Tokyo should not pursue the meeting after the presidential office in Seoul announced last Thursday that the two sides were finalizing the details following an agreement on a summit in New York.

Observers believe Kishida’s comment reflected his belief that Seoul’s announcement was premature, defying the diplomatic practice of issuing concurrent announcements after two nations have agreed on a summit.

Seoul’s announcement on the meeting last week was not corroborated by Tokyo, which responded to a request for comment by saying that nothing had been decided.

Kishida reiterated such a stance before departing for the U.S. for the UN General Assembly.

Asahi quoted a number of Japan’s foreign ministry officials as saying that even if Yoon and Kishida were to meet in New York it would likely be brief.
Share
Print
List