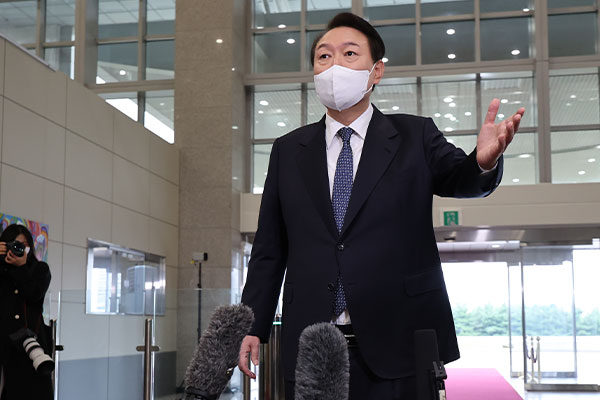 President Yoon Suk Yeol has warned North Korea that a reckless nuclear provocation will be met with a stern response following the regime’s launch of a ballistic missile on Tuesday morning.

The president made the remarks to reporters as he arrived at the presidential office on Tuesday, noting that North Korea fired an intermediate- or long-range ballistic missile capable of traveling four-thousand kilometers over Japan.

Reiterating the position issued in his Armed Forces Day speech on Saturday, Yoon said a reckless nuclear provocation will face a resolute response by the South Korean military and its allies as well as the international community.

South Korean military authorities are conducting a detailed analysis of the launch, while the presidential office convened a National Security Council meeting at 9 a.m. to discuss responses to the launch.
Share
Print
List