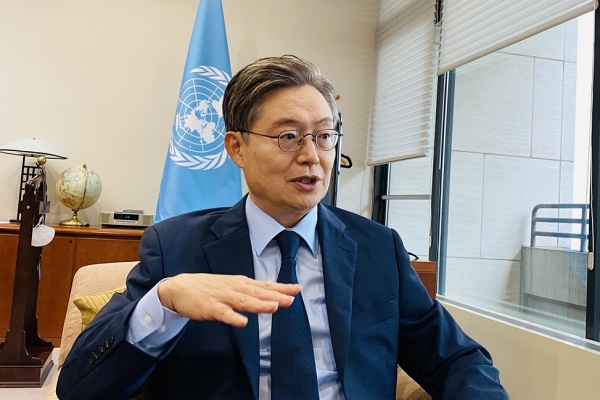 Speaking at a session of the UN General Assembly on Tuesday, Hwang noted that the regime has fired a record 39 ballistic missiles this year and appears to be nearly ready to conduct a seventh nuclear test.

The ambassador urged UN member states, especially Security Council members, to deliver a stern message to Pyongyang, calling upon the regime to choose a different path and respond to President Yoon Suk Yeol’s “bold initiative” that offers concessions in exchange for denuclearization steps.

The North Korean mission at the UN, in response, slammed Seoul and Washington for their combined military exercise, accusing the allies of seeking to overthrow the regime.