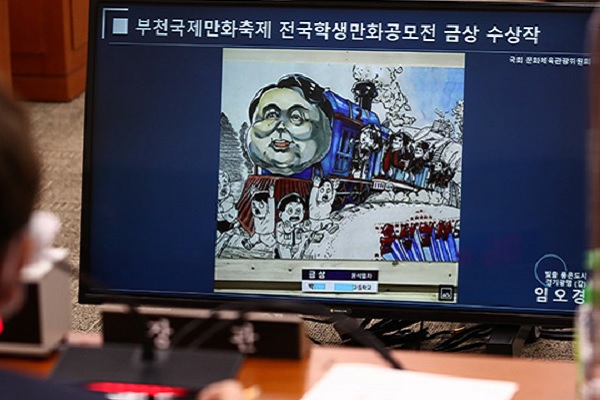 The cartoon industry has criticized the culture ministry for a warning it issued after an award-winning satirical cartoon featuring a likeness to President Yoon Suk Yeol was put on public display.

In a social media post on Tuesday, the Webtoon Association said the culture ministry was denying the fundamental constitutional right to freedom of expression, noting that the dictionary definition of the word “cartoon” actually emphasizes political satire.

Referring to the warning as blatant blacklisting, the group questioned whether such intimidation and control would work in a 21st-century democratic society.

The cartoon, drawn by a high school student, was exhibited at the Bucheon International Comics Festival after previously receiving the second-highest honor at a nationwide contest hosted by the Manhwa Contents Agency.

On Tuesday, the culture ministry expressed regret over the cartoon, saying that awarding the artwork goes against the objective of fostering creativity in students and warned the organization of follow-up measures.
Share
Print
List 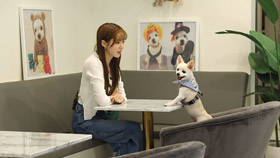