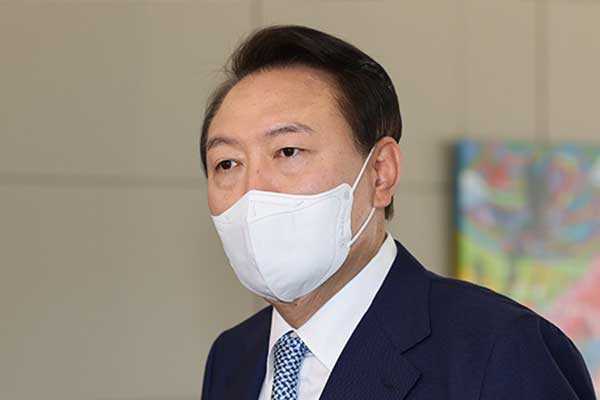 The presidential office is reportedly considering scrapping South Korea’s military accord with North Korea should Pyongyang push forward with a seventh nuclear test.

A presidential official left open the possibility on Friday, saying that the defense minister had already been doubting whether the accord signed on September 19, 2018 was still effective.

Another official said that the defense minister has already mentioned dropping the deal but that the top office was not inclined to make an official comment on the view.

President Yoon Suk Yeol said on Friday that the government is thoroughly preparing responses to any further nuclear tests by the reclusive state, adding that it is difficult to reveal details in advance.

Earlier on Tuesday, defense minister Lee Jong-sup said at a parliamentary audit of the defense ministry that the military will review the effectiveness of the 2018 inter-Korean agreement in light of the severity of the North's provocations.

The military accord was signed in 2018 during an inter-Korean summit in Pyongyang in an attempt to ease military tensions on the Korean Peninsula.

It involves establishing a buffer zone on the ground, sea and air to stop hostile actions and measures to prevent accidental clashes.
Share
Print
List