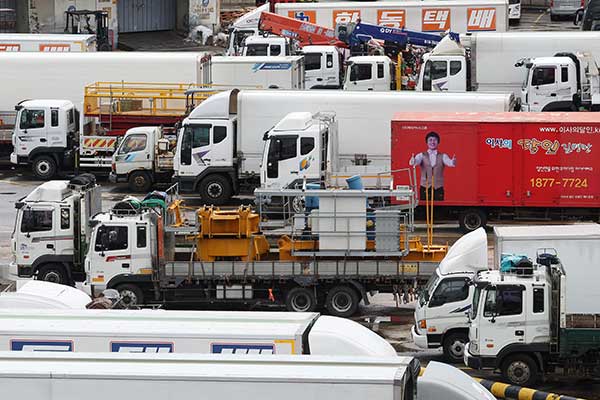 Unionized cargo truck drivers have again threatened to go on a general strike from November 24 as they continue to demand minimum pay guarantees.

The Cargo Truckers Solidarity Union made the declaration on Monday, demanding an extension to the Safe Trucking Freight Rates System, set to expire at the end of this year. It also seeks an expanded application from cargo trucks only carrying containers and cement products.

The union pointed the finger at the government and the ruling People Power Party for attempting to remove the Safe Trucking Freight Fee guarantee from a shipping fee system under discussion.

Back in June, South Korea's unionized truckers and the transport ministry reached a tentative agreement after an eight-day strike on minimum pay guarantees, ending a nationwide strike that crippled ports and industrial hubs.
Share
Print
List