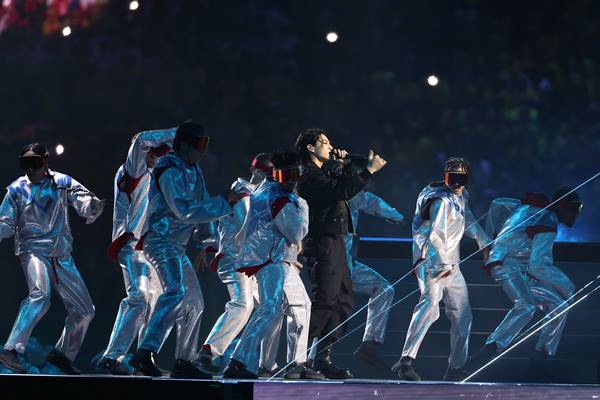 The 2022 FIFA World Cup has kicked off with BTS’ Jungkook performing at the opening ceremony on Sunday.

The youngest member of the K-pop sensation unveiled his new solo single, “Dreamers,” performing at times with Qatari singer Fahad Al-Kubaisi before around 60-thousand spectators at Al Bayt Stadium in Al Khor, about 50 kilometers north of Doha, the capital of Qatar.

The opener between Qatar and Ecuador in Group A at the stadium following the ceremony ended in a 2-0 victory for the South American side, making Qatar the first host to lose at a FIFA World Cup opening match.

Sixty-three other matches will run for 29 days with the final match to be held on December 18.

Led by Portuguese coach Paulo Bento, Team Korea will begin its group campaign with a duel against Uruguay on Thursday. It will also play against Ghana next Monday and Portugal on Saturday of next week.
Share
Print
List