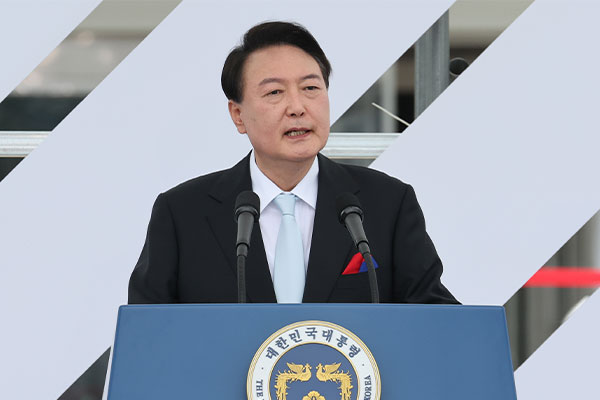 The ministry in charge of inter-Korean affairs has presented a detailed outline of the Yoon Suk Yeol government’s “bold initiative” for North Korea that offers support in return for steps toward denuclearization.

The unification ministry published an expanded booklet on the administration’s North Korea policy on Monday, stating that Seoul pledged to seek a virtuous cycle of denuclearization on the Korean Peninsula and growing trust in the cross-border relationship.

This would involve rejecting all armed provocations, developing a reciprocal relationship and laying a foundation for unification while sternly responding to the North's provocations.

The ministry put forth a three-step plan toward denuclearization, starting with livelihood improvement projects to kick off upon the North's return to dialogue, extending to further economic cooperation in correlation to denuclearization progress.

Seoul would also diplomatically support the normalization of relations between Washington and Pyongyang, seek a discussion to establish a system of peace and ease cross-border tensions through military trust-building.

Aside from denuclearization, the ministry outlined four other key tasks under the North Korea policy, such as normalizing inter-Korean ties based on mutual respect, promoting North Korean people's human rights and laying the foundation for unification.
Share
Print
List