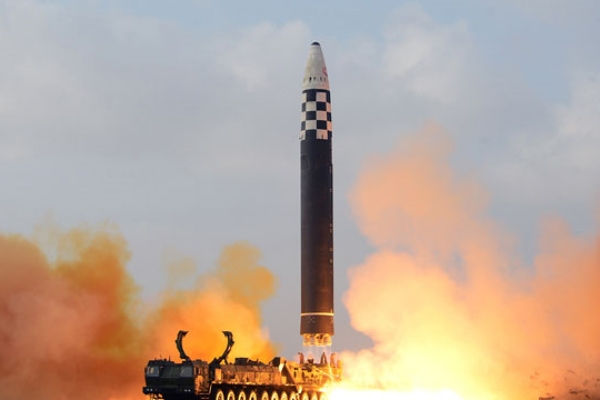 South Korea has called for the international community to respond sternly to North Korea's recent launch of an intercontinental ballistic missile(ICBM) in violation of UN Security Council(UNSC) resolutions.

In a public meeting of the UNSC on the launch at the UN headquarters in New York on Monday, South Korea's Ambassador to the United Nations Hwang Joon-kook criticized the North’s latest ICBM test as a violation of international regulations, including UNSC resolutions and the UN Charter.

Mentioning that North Korea's foreign minister called UN Secretary-General António Guterres "a puppet of the United States," Hwang said that North Korea is completely ignoring the authority of the UN.

Since the UN Security Council failed to impose additional sanctions against the North in May, the South Korean envoy said, North Korea fired 40 ballistic missiles and passed a new law that allows for preemptive nuclear strikes.

Hwang said that the Security Council failed to adhere to Resolution 2397, which requires additional sanctions against the North in the event of an ICBM launch, noting that the North fired eight ICBMs this year alone.

The envoy then underscored that now is the time for the UNSC members to join forces to firmly respond to the North's reckless nuclear provocation.
Share
Print
List