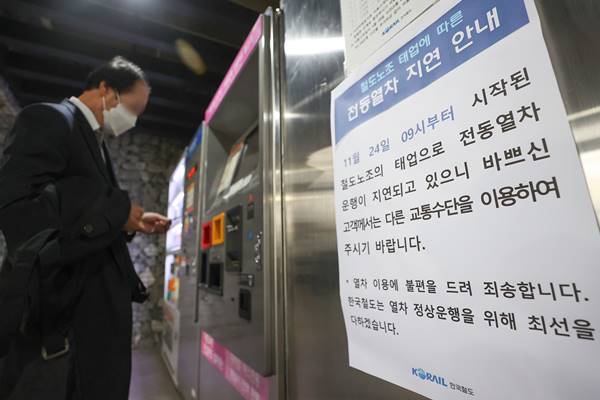 Labor union and management officials of subway operator Seoul Metro are holding last-minute negotiations on Tuesday in a bid to avert a strike planned for Wednesday.

The two sides resumed their fifth round of talks at 2 p.m.

The labor union is demanding the firm withdraw a workforce downsizing plan and hire more workers so members can have more humane working hours. It is also asking for safety measures to prevent accidents such as the Itaewon crowd crush and a gruesome subway station murder that took place earlier this year.

Union leader Myung Soon-pil said that the workforce must be expanded as public safety is a pressing matter and a labor force reduction would threaten the safety of citizens.

Negotiations on Monday ended in just 22 minutes after the two sides failed to narrow their differences. Labor representatives set a deadline of 6 p.m. Tuesday for an agreement to be reached.
Share
Print
List