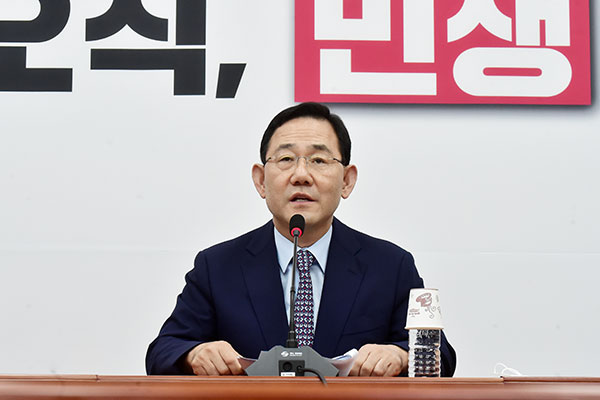 The ruling People Power Party(PPP) said on Tuesday that it will withhold a move to boycott the ongoing parliamentary inspection into the deadly Itaewon crowd crush.

PPP floor leader Joo Ho-young held an emergency meeting of senior lawmakers on Tuesday to discuss its response to the main opposition Democratic Party(DP)’s decision to seek the dismissal of interior and safety minister Lee Sang-min through a parliamentary motion.

The ruling party meeting was arranged to discuss the possibility of boycotting the parliamentary probe into the fatal Itaewon incident in protest of the DP’s move.

However, Joo said the party withholds its stance on the boycott citing apparent changes in the DP’s decision reached during the party’s high-level strategic meeting the previous day.

A general meeting of DP lawmakers earlier in the day appeared to be pausing the decision to submit and pass the dismissal motion by Friday and leaving the door open to another option of holding the minister accountable and taking action when it is decided.

Citing the looming deadline for passing next year’s budget bill, the PPP floor leader urged the DP to stop its unilateral moves and wait and watch the outcome of the parliamentary inspection.