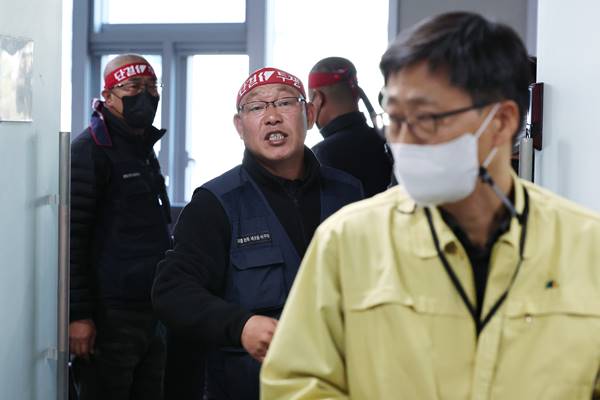 Unionized truckers on strike met with the government for a second round of talks over the ongoing work stoppage on Wednesday, which fell through after the two sides failed to narrow differences.

The group forecast losses to surpass the total incurred during their previous strike in June within the day on Thursday.

Shipments, however, returned to 25 percent of the daily average with increased participation by non-unionized truckers following the government's return-to-work order.

Half of nearly 80 complaints reported to the Korea International Trade Association as of Thursday morning concerned penalties arising from delayed deliveries or cancellations on orders from overseas.
Share
Print
List