Team Captain Son Calls for Calm Preparation for Another Miracle 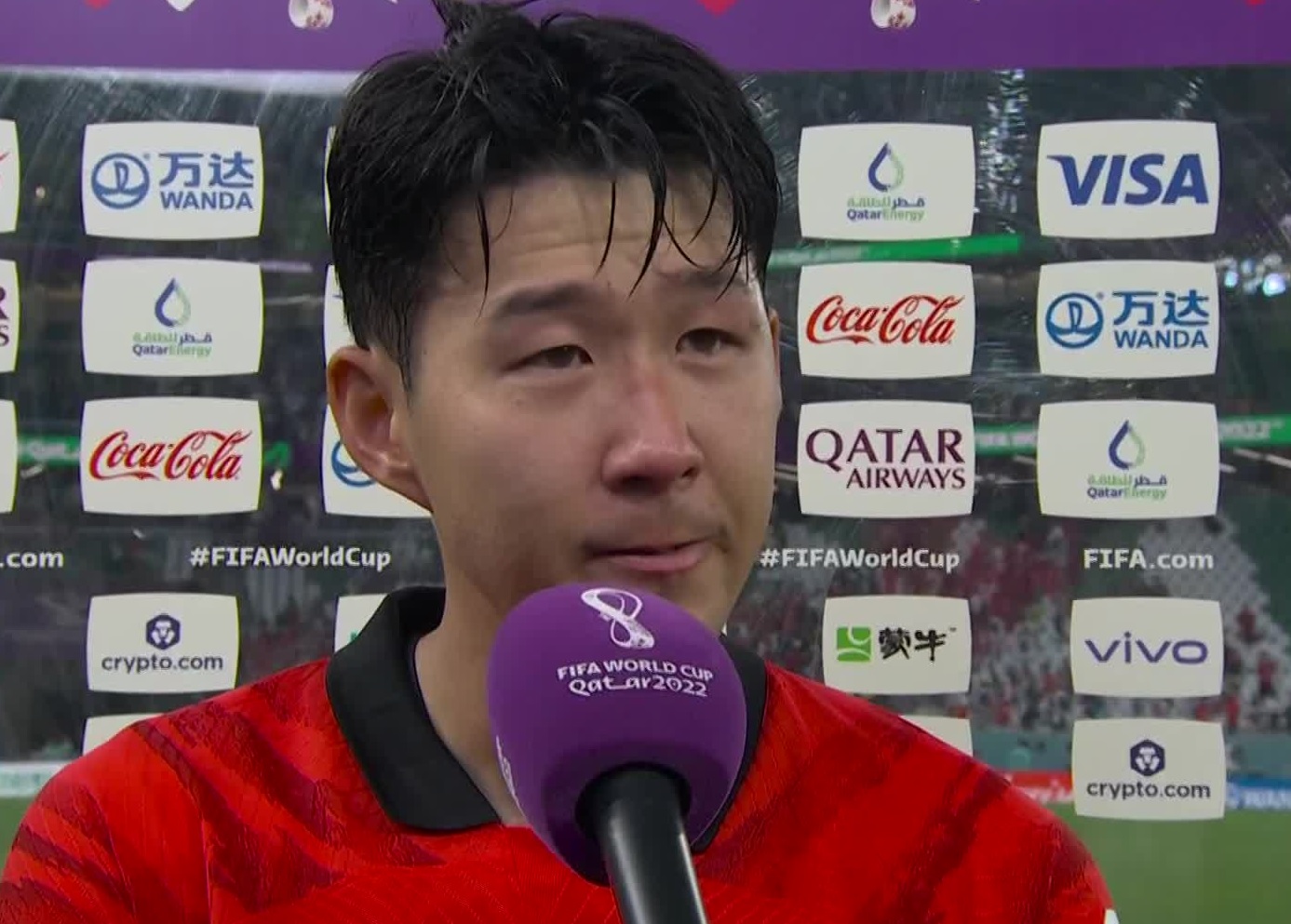 National football team captain Son Heung-min says he will stay calm and prepare for the next stage following Team Korea's stunning win over Portugal and its advance to the knockout stage in the Qatar World Cup.

Speaking to reporters after South Korea's final group match held at Education City Stadium in Al Rayyan on Friday local time, Son said the team deserves to be praised and it is a joyous occasion but stressed that it needs to prepare well for the next stage.

[Sound bite: National men's football team captain Son Heung-min (Korean-English)]
"It is wonderful but it's not the end. We have always talked about the round of 16 but to go beyond that, we will work harder. It's true the players are excited and emotionally high at the moment but hopefully we will the push the reset button and start fresh again to produce another miracle.
"Honestly it's difficult to make a promise about how far we can advance. Of course, I can say we would like to win the World Cup but what's most important is giving our absolute best in each match and the results will follow."

With a 2-1 come-from-behind victory over Portugal, the Taegeuk Warriors have reached the knockout stage for only the third time.
Share
Print
List