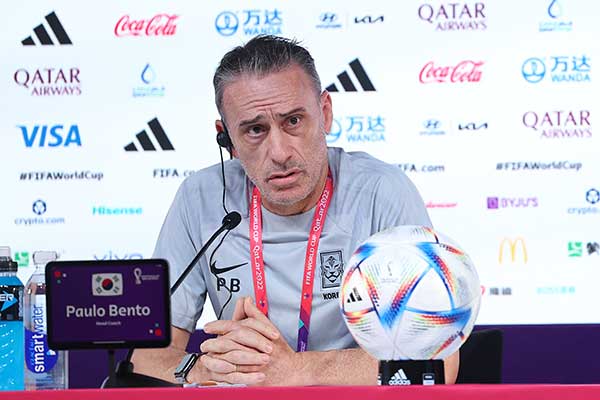 Paulo Bento has announced that he is stepping down as coach of South Korea following the team’s 4-1 loss to Brazil in the 2022 World Cup Round of 16 match in Qatar.

Bento made the announcement in a press conference in the early hours of Tuesday in Doha, moments after the defeat ended Korea's World Cup, saying that he would not renew his contract.

He said that now he needs to think about the future, but he will not stay with the Korean team, adding that he is going to rest and then see.

The coach said that he had just informed the players and the president of the Korea Football Association of the decision, which he had already made in September.

Bento served as head coach of South Korea for over four years, signing on in August 2018. In Qatar, he led South Korea to the knockout round for the first time since 2010 with a dramatic win over Portugal in their final group game.
Share
Print
List