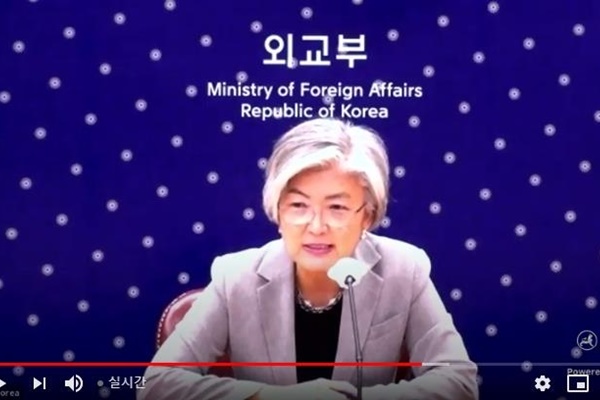 At a virtual forum hosted by the Asia Society on Friday, Kang said while Seoul's prudence, goodwill and patience run thin after such an incident, an approach centered on "peaceful engagement" must be maintained in the long run.

Kang was asked about President Moon Jae-in's appeal for international support to declare a formal end to the Korean War, in reference to Pyongyang's brutal killing of a South Korean national and demolition of the inter-Korean liaison office in June.

When asked whether the denuclearization and peace process have retrogressed despite Seoul's efforts, the minister said a relevant assessment should be made from a long-term perspective.

While dialogue with the North has been stalled as Pyongyang struggles amid the COVID-19 pandemic and recent flood damage, Kang said Seoul continues to send a message encouraging the regime to return to engagement.
Share
Print
List