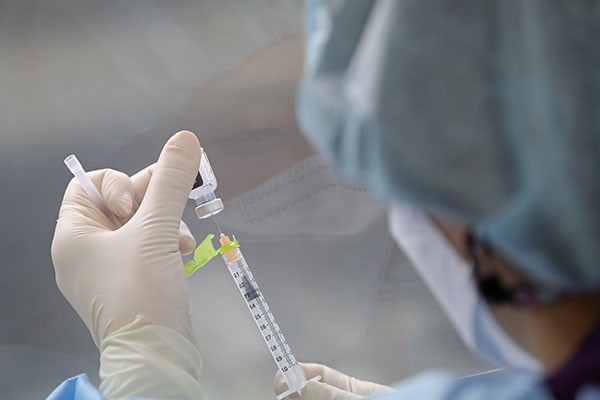 South Korea says its schedule to achieve herd immunity by November remains unchanged despite a global shortage of COVID-19 vaccines.

Bae Gyeong-taek, a senior official of the state task force on COVID-19 vaccination, relayed the stance in a regular media briefing on Friday, but vowed more efforts to achieve the goal.

He said the government is also expanding the number of inoculation centers nationwide and as well as the scope of potential recipients.

Amid safety concerns over some vaccines, the official was also asked whether the government considers allowing inoculation with two different vaccines when two doses need to be administered.

Bae emphasized the current rules set by domestic health authorities that stipulate the administration of same vaccines for each person. However, he added related studies are under way in other countries and the government may also discuss the possibility if necessary.
Share
Print
List