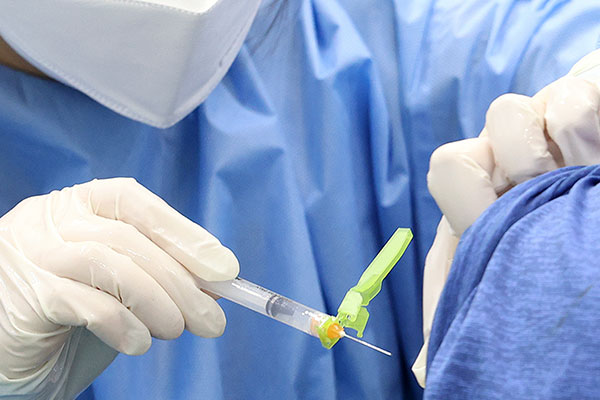 The Korea Disease Control and Prevention Agency(KDCA) said that the new infections compiled the previous day raised the country's accumulated caseload to 150-thousand-238.

Of the new cases, 484 were local transmissions and 23 were from overseas.

The daily figures slightly dropped from last week, but virus risks remain high with the proportion of untraceable cases staying in the mid- to upper-20-percent range.

By region, the greater metro area accounted for around 76 percent of domestic cases, with Seoul adding 197 and Gyeonggi Province 151. Other regions reported 115 new infections.