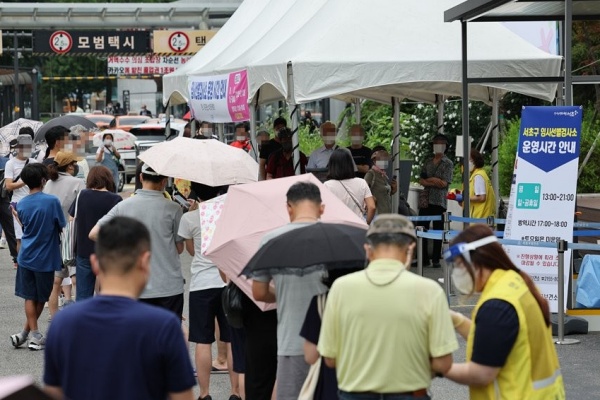 The Korea Disease Control and Prevention Agency(KDCA) said Tuesday that 149-thousand-897 infections were confirmed throughout the previous day, including 588 from overseas.

The country's cumulative caseload came to about 20 million-694-thousand.

The daily tally soared by some 95-thousand from a day ago. The figure posted in the 140-thousands for the first time in about four months.

The tally increased one-point-34 times from a week ago and one-point-51 times from two weeks ago, representing a slight rise in the on-week increase.

The number of critically ill patients also rose by 40 from a day ago to 364, the largest in about three months since May 11.

Forty deaths were reported in the past 24 hours, raising the death toll to 25-thousand-332. The fatality rate remains at zero-point-12 percent.