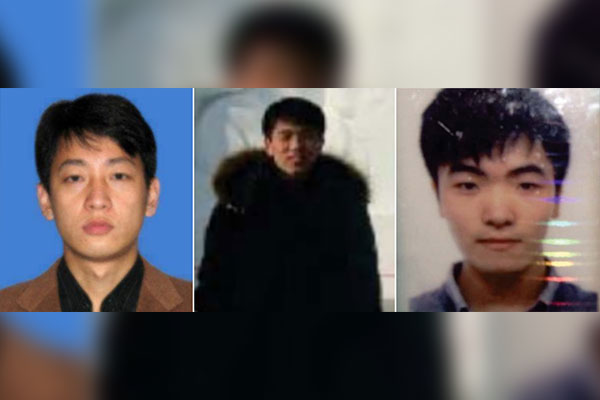 The U.S. Justice Department has charged three North Korean computer programmers for a broad range of global hacks, including the attack that targeted an American movie studio and an attempted extortion and theft scheme that targeted over one-point-three billion dollars from banks and businesses.

"As laid out in today's indictment, North Korea's operatives, using keyboards rather than guns, stealing digital wallets of cryptocurrency... "

The U.S. Department of Justice has indicted three North Korean hackers for cyberattacks.

"The indictment adds to the list of victims since 2018, including continued cyber enabled heists from banks on four continents, targeting over one-point-two billion dollars. It also describes in stark detail how the DPRK cyber threat has followed the money and turned its revenue generation sites on the most cutting edge aspects of international finance, including through the theft of cryptocurrency from exchanges and other financial institutions."

The case was filed in the Los Angeles federal court.

Tracy Wilkison, acting U.S. Attorney for the Central District of California, described the acts as those of a criminal nation-state.

"The indictment we're announcing today builds on the charges in the 2018 complaint, which describes how members of the conspiracy were responsible for several highly destructive and well-known computer intrusions, including the cyber attack on Sony Pictures Entertainment right here in our community."

The U.S. government believes that the three were members of units of the Reconnaissance General Bureau, or RGB, a military intelligence agency of North Korea.

None of the three are in U.S custody and U.S. federal prosecutors don't expect them to travel to the country. However, Justice Department officials have found value in recent years in indicting foreign government hackers to show that they are not anonymous and can be implicated in crimes.