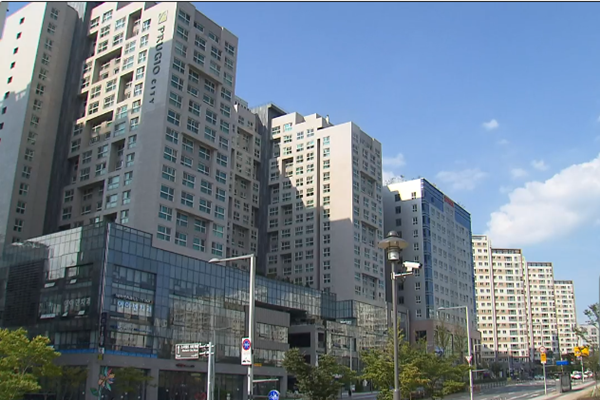 Police have launched an investigation into 14 current and former employees of the Korea Land and Housing Corporation(LH) accused of making speculative land purchases in two Gyeonggi Province cities recently named as development zones.

The Gyeonggi Nambu Provincial Police Agency announced on Wednesday that it opens the probes one day after receiving a complaint from a civic group named “Hwalbindan” against the 14 employees and their families.

The head of the civic group, Hong Jeong-sik, was summoned for police questioning at 2 p.m.

Before attending the session, Hong held a press conference and said there were similar suspicious land transactions involving LH officials in two other Gyeonggi cities, Namyangju and Hanam, which were also recently designated New Town refurbishing project sites. He said his group will file a criminal accusation against Land Minister Byun Chang-heum, who was then the head of LH, on dereliction of duty.

In the complaint, the civic group accused the LH employees of purchasing ten lots of land in Gwangmyeong and Siheung for ten billion won between April 2018 and June 2020. The government had designated the two cities as sites for its "new city" development program last month, whereby it would build 70-thousand new homes.

Two other civic groups, including Lawyers for a Democratic Society, had earlier raised suspicions against some 10 LH employees. In a news conference, the lawyers' group said the LH staffers had purchased 23-thousand square meters of land in the two cities before the new-city designation.

Following the news conference, LH announced that 12 of the 14 employees in question were immediately removed from duty. It said the remaining two were no longer employed.
Share
Print
List