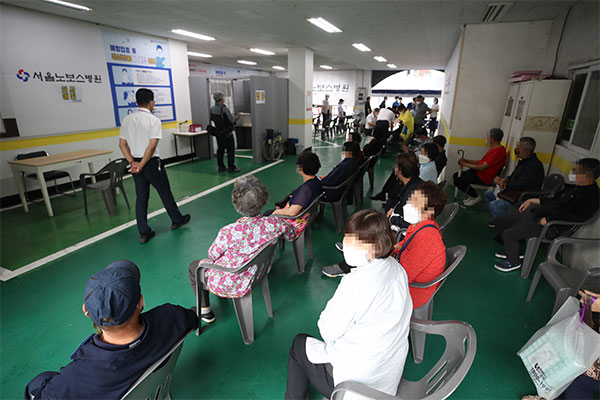 The number of people who have had at least one COVID-19 vaccine dose in South Korea is expected to break the 13-million mark in the next day or two.

Health Minister Kwon Deok-cheol said 12-point-56 million, or 24-point-five percent of the population, have received at least one shot as of 12 a.m. Tuesday, forecasting that the cumulative total will surpass 13 million by Wednesday at the latest.

The 13-million mark, which accounts for a fourth of the population, is the goal the government offered early on to achieve in the first half of the year. The government then said later that it may be able to vaccinate an additional one million people by the end of June, which is also likely to be met.

Some 36 million people, or 70 percent of the population, are targeted to go through the first round of vaccination by September for the nation to achieve herd immunity by November.