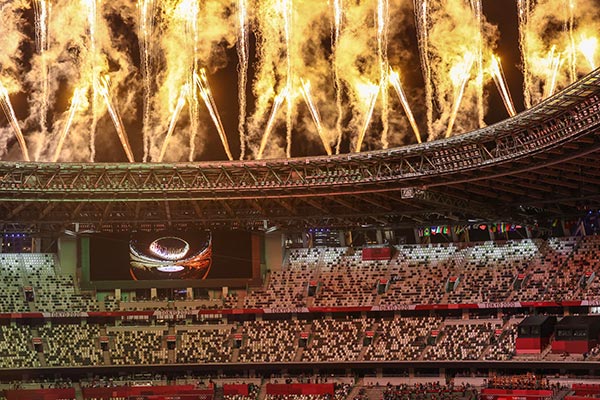 The long-overdue 2020 Tokyo Olympics has finally begun amid the protracted COVID-19 outbreak.

Under a strict quarantine policy, the opening ceremony for the Games kicked off Friday night at the Tokyo Olympic Stadium, where only around 950 dignitaries and officials, but no general public, were in attendance.

More than 11-thousand athletes from 205 countries and the Refugee Olympic Team will compete in 339 events in 33 disciplines until August 8.

A 354-member contingent from South Korea will participate in a total of 29 disciplines as they aim to bring home at least seven gold medals for a top 10 finish in gold medal standings.

Delayed by a year due to the unprecedented pandemic, the Tokyo Olympics seeks to capture the human race’s aspiration to end the virus. It is being held under the banner "United by Emotion" as organizers seek to reaffirm the role of sport and the value of the Olympic Games.

The pandemic, however, remains tenacious with the cumulative number of COVID-19 cases at the athletes’ village growing to 106. It includes 19 cases confirmed on Friday alone, three of whom were foreign athletes.

As daily cases in Tokyo hit a six-month high on Thursday at one-thousand-979, only around 20 top leaders took part in the opening ceremony, including French President Emmanuel Macron.

President Moon Jae-in’s purported plan to visit Japan for the Games’ opening was not realized due to differences between Seoul and Tokyo. Culture, Sports and Tourism Minister Hwang Hee took part in the opening ceremony instead.

Team Korea will be the 103rd country to enter the stadium during the ceremony in the order mostly determined by the Japanese names of each country, with swimmer Hwang Sun-woo and volleyball star Kim Yeon-koung as flag bearers.
Share
Print
List