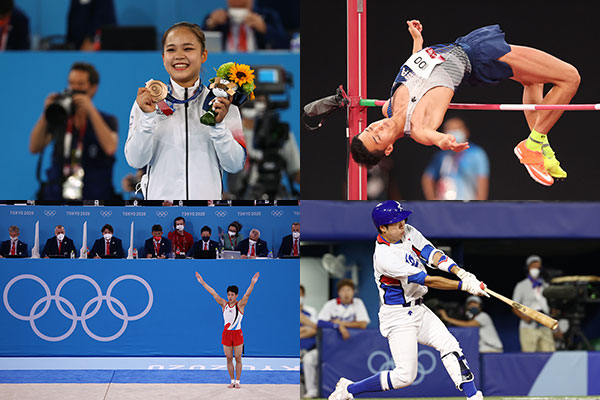 South Korean athletes made history on Sunday in gymnastics and athletics at the Tokyo Olympics.

The 19-year-old gymnast has become the first South Korean athlete to win an Olympic medal in women’s gymnastics.

In athletics, Woo Sang-hyeok finished fourth and failed to medal in the men's high jump, but he set a new Korean record by clearing two-point-35 meters in his first attempt.

The previous Korean record was two-point-34 meters set by Lee Jin-taek in June 1997.

In baseball, South Korea defeated the Dominican Republic 4-3 in the Round One in the knockout stage at Yokohama Baseball Stadium.

Team Korea trailed 1-3 but scored three runs in the bottom of the ninth inning in a dramatic, come-from-behind victory. South Korea will face off against Israel at 12 p.m. on Monday at the same venue.
Share
Print
List