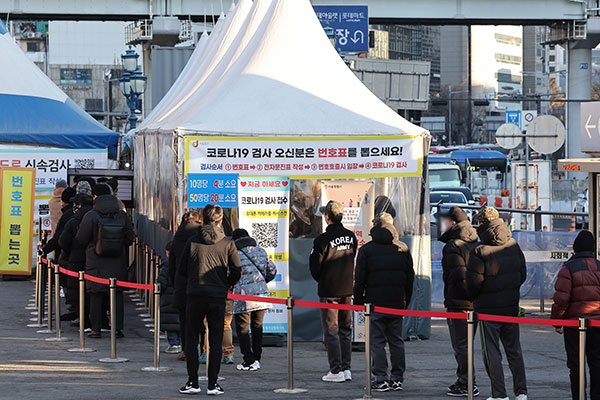 Interior and Safety Minister Jeon Hae-cheol, who also serves as deputy director of the Central Disaster and Safety Countermeasures Headquarters, announced on Monday that omicron accounted for roughly half of COVID-19 cases in the nation, centered around Gyeonggi Province and the Jeolla provinces.

According to the countermeasures headquarters, omicron accounted for 50-point-three percent of cases last week. The number of daily cases has remained above seven-thousand for a third straight day.

Jeon said, with the caseload expected to climb further, the government will work to swiftly shift COVID-19 testing and treatment from government-designated hospitals to local clinics.

The government plans to first focus on minimizing critical cases and deaths instead of limiting the spread of infections, and offering PCR tests only to those considered to be high risk patients.
Share
Print
List