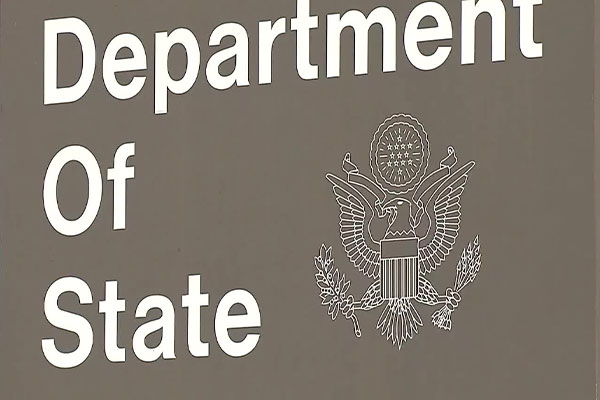 A senior U.S. official has condemned North Korea's latest missile launches, but reiterated that the U.S. continues to support humanitarian aid efforts and the provision of COVID-19 assistance to the North.

Mark Lambert, deputy assistant secretary of state for Japan and South Korea, issued the position on Wednesday during a virtual press briefing when asked to comment on the North Korean missile launches.

Lambert said that North Korea fired a total of 23 ballistic missiles this year, including Wednesday's launches, all of which violated multiple UN Security Council(UNSC) resolutions.

Lambert said U.S. Secretary of State Antony Blinken spoke with his South Korean and Japanese counterparts and they strongly condemned the North's ballistic missile launches as a clear violation of UNSC resolutions.

He said U.S. President Joe Biden spoke extensively about extended deterrence when he met with the leaders of South Korea and Japan during his trips there. The official said the three countries are working closely together to protect their joint interests.

Lambert expressed concerns about the possible effects of the suspected COVID-19 outbreak on the North Korean economy.

He said Washington has always viewed humanitarian assistance as a separate issue from achieving complete denuclearization of the Korean Peninsula, adding it strongly supports and encourages international relief efforts.

Lambert also reiterated that the U.S. remains open to dialogue with the North without any preconditions to discuss any issue.
Share
Print
List