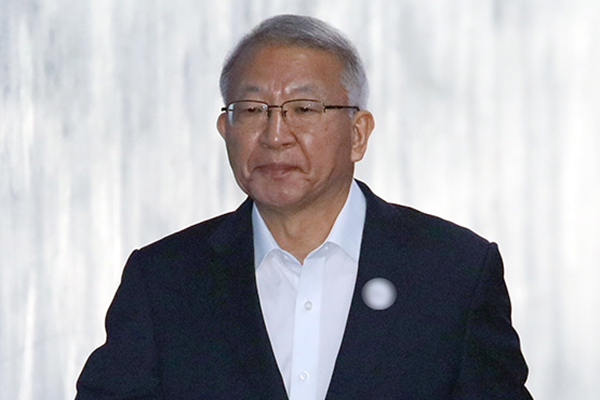 Former Supreme Court Chief Justice Yang Sung-tae has denied all charges against him in the first hearing of a judicial power abuse trial held on Wednesday.

Speaking in front of the Seoul Central District Court for the first time since a bail request hearing in February, Yang said he was fully innocent and called on the court to dismiss the case.

He also criticized the prosecutors' investigation and indictment, saying the whole case is flawed and “fictional.”

Yang, who headed the Supreme Court from 2011 to 2017, was indicted on 47 charges this past February for allegedly instructing officials at the National Court Administration to interfere in high-profile trials in order to curry favor with then President Park Geun-hye and get her approval to establish a separate court of appeals.