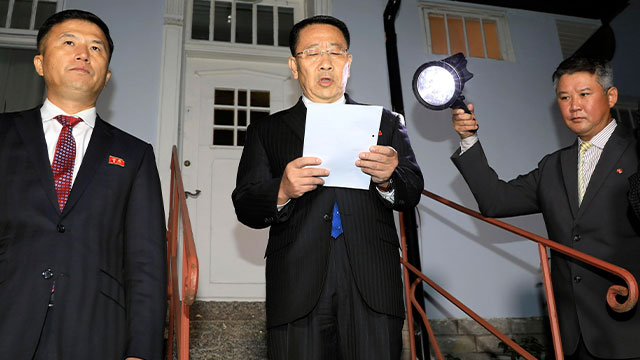 A North Korean propaganda outlet has criticized joint military exercises between South Korea and the United States, calling them the most intensive expression of hostile acts against Pyongyang regardless of the size and format.

The propaganda site said that the military authorities of the two nations announced they would suspend joint drills of their Marine Corps in June last year after the inter-Korean summit and the U.S.-North Korea summit, but the announcement turned out to be a deception on itself and the international community.

The site warned that Seoul and Washington should deeply consider the catastrophic consequences of their reckless and hostile military provocations.
Share
Print
List