US Officials Take Over Chinese Consulate in Houston 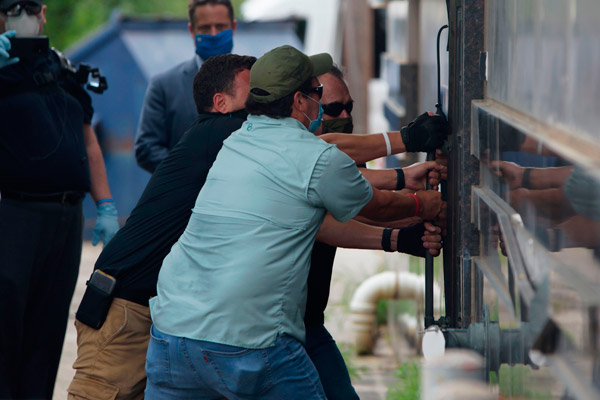 China has left its consulate general in the U.S. city of Houston after the United States ordered its closure by Friday.

Local newspaper the Houston Chronicle reported that U.S. officials on Friday afternoon took over the Chinese consulate, less than an hour after the deadline officials and employees there were given to leave the compound under orders issued by the Trump administration.

The paper said that forty minutes after the 4 p.m. eviction deadline passed, a man believed to be a State Department official entered the consulate, along with others, after a small back door was pried open.

Reuters also said a group of men believed to be U.S. officials entered the consulate.

Beijing has not officially announced the closure.

Earlier this week, the Trump administration ordered the shutdown within 72 hours saying it is to protect American intellectual property and American’s private information.

The Houston consulate is the first consulate China opened in the U.S. in 1979 after establishing diplomatic relations with Washington.
Share
Print
List