Gov't to Lift Ban on Operation of Boeing 737 Max 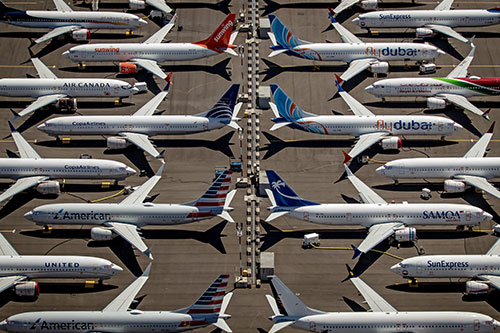 The government will lift its two-and-a-half year ban on the operation of the Boeing 737 Max that was issued in 2019 following a series of deadly crashes.

According to the transport ministry on Friday, the jet will be cleared to fly from Monday, after it was banned from flying over, departing from or landing in the country since March 14, 2019.

The lift comes after a year of monitoring the jet's safety and flight data and consultations with industry experts since the operations resumed overseas last November.

Last year, the U.S. Federal Aviation Administration(FAA) issued an airworthiness directive for all jet operators outlining measures to correct the errors. Since then, operations have resumed in 179 countries.

Operations of the Boeing 737 Max were suspended globally in the aftermath of crashes in Indonesia in October 2018 and Ethiopia in March 2019.

Erroneous data from the jet's angle-of-attack sensor and a software system that pushes the nose of the aircraft down if it senses an imminent stall are believed to have been the reason behind these crashes.
Share
Print
List