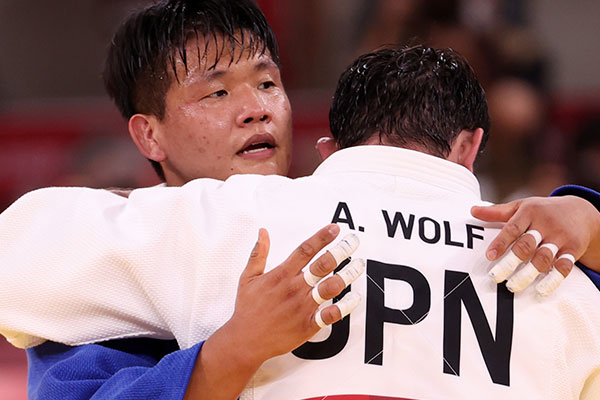 South Korean judoka Cho Gu-ham has won a silver medal at the Tokyo Olympics, bringing home the nation's third medal in the sport from Tokyo.

In the final of the men's -100kg weight class at Nippon Budokan on Thursday, Cho lost to Aaron Wolf of Japan by ippon - judo's equivalent of a knockout.

Cho had defeated World Number Two Jorge Fonseca of Portugal by Waza-ari, or a half point, in the semifinal earlier in the day, becoming the first South Korean judoka to reach the finals at the Tokyo Games.

Yoon Hyun-ji lost to Mayra Aguiar of Brazil at a bronze medal competition in the women’s -78  kilogram event on Thursday.
Share
Print
List